Share a memory
Obituary & Services
Tribute Wall
Read more about the life story of Robert and share your memory.

Robert Brinkman was born in Roseau, MN on January 23, 1933 to Ross and Alma (Lanes) Brinkman. He grew up on a farm along the Roseau River just north of Wannaska.

Robert was the youngest of three children. It was common family folklore that he was very spoiled by his older sisters, Pearl and Carol. From an early age, he loved animals and loved to help his dad on the farm. His dad bought him his first pony, Prince when he was 8 years old. He attended the Pencer School and often rode his pony to school. He liked to tell stories about the shenanigans he and his friends came up with as they grew up on the Roseau River and played in the woods.

Robert met Dorothy Melby when she came to teach at the Wannaska School. They were married on June 15, 1956 and made the Brinkman farm on the river their home. Robert and Dorothy farmed together and she also continued to teach in the area schools. They were an active couple in the community and loved to host people in their home.

Robert had a passion for farming, especially dairy. Over the years, he strategically grew and developed his farm into one of the top 25 dairy herds in the state of MN. He was meticulous in raising cows, customizing care plans for each cow and carefully planning each sire for their offspring. The result was a strong, healthy herd of cows that gained recognition and awards among the dairy industry. He also farmed 500 acres of land near his home place. He raised ponies throughout the years and even tried his hand at chariot racing in the 70’s. He was a world-class farmer!

Robert and Dorothy had 2 daughters, Mary and Beth. His pride and joy were his children, grandchildren and great grandchildren. He loved to spend time with them actively playing around the farm and in later years, attending their sports events and other festivities.

Dorothy passed away in 2013. He married Melva Loe in 2015. They had many years of fun and companionship. They moved to Roseau in 2020.

Robert was an active leader in the Wannaska 4-H Club, Riverside Lutheran Church and Roseau Evangelical Covenant Church, fulfilling many roles of leadership.

Robert lived his life as a gentle giant. He will be remembered as a kind man with a deep faith in Jesus. He loved his family and friends so well! He showed us how to work hard, appreciate the simple things, have animals as friends, laugh often, eat good food and not take ourselves too seriously … take God seriously. He was a role model for many. He always looked on the bright side of life and counted his blessings, even at the end of his life when his health was failing.

Robert’s Celebration of Life Service will take place on Friday, March 17th at the Roseau Evangelical Covenant Church. More details will be forthcoming.

To send flowers to the family or plant a tree in memory of Robert R. Brinkman, please visit our floral store. 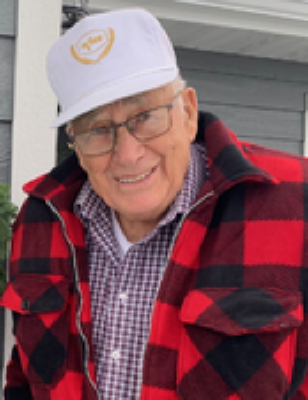 You can still show your support by sending flowers directly to the family, or by planting a memorial tree in the memory of Robert R. Brinkman
SHARE OBITUARY
© 2023 Helgeson Funeral Home. All Rights Reserved. Funeral Home website by CFS & TA | Terms of Use | Privacy Policy | Accessibility