Share a memory
Obituary & Services
Tribute Wall
Read more about the life story of Richard and share your memory.

Richard Allen Saurdiff was born November 29, 1945, in Thief River Falls, Minnesota, to Paul Sr. and Selma (Dalos) Saurdiff. He was welcomed into their Grygla home by sister Sharon and brother Paul. His family grew to include three more brothers and three more sisters! Richard recalled his childhood as happy and loving. Being one of the older children, he loved sharing stories like how he and Paul would come home late and move sleeping siblings into dresser drawers and the bath tub!

Richard attended Grygla Elementary, just close enough so he could “run home and make 100 free throws at lunch.” He graduated from Goodridge High School where baseball and basketball were his favorite subjects! It was also where he met a cheerleader, Diane Lovly, who he married in 1966. They were blessed by two children, Caroline and Corwin. Blessings continued with grandchildren, Matthew (Amy) Petersen, West Fargo, ND, Ryan (Amy) Petersen, Buffalo, MN, Paige Saurdiff, Grand Forks, ND, and Griffin Herr, Minot, ND, as well as great-grandchildren, Rose, William, and Richard Petersen and Chase Petersen.

Richard served as a member of the U.S. National Guard. From his parents he learned the virtues of taking care of others and working hard. Being a trucking family, teen years were spent driving gravel trucks and unloading freight with his dad. Summer nights were spent jumping off the bridge and swimming in the “Mud River” in addition to playing Grygla town ball with brother Paul. He worked for Saurdiff Trucking making trips to the stockyards of South St. Paul and the harbor in Duluth. His favorite runs were the pickups and deliveries for Christian Bros. Hockey Sticks. In 1988 he joined the Marvin team delivering windows throughout the United States. He received his Million Mile safe driving award in 1999 plus multiple yearly safety awards throughout his driving career. When he retired in 2016, he had logged 2,977,555 miles during his 28 years with Marvin.

Over the years, a good day for Richard was being with his family as he watched his children and grandchildren compete in sporting events, hunt white tail at Grygla, or fish the waters of Lake of the Woods. He enjoyed simple things like mowing a lawn, talking with neighbors, or listening to kids playing outside. He gave unsolicited advice, discussed politics with reverence, and told good, but often-exaggerated, stories!  According to his Rose, “What Grandpa doesn’t know, he just makes up.”

A Celebration of Life for Richard Saurdiff of Warroad will be held on Saturday, December 10, 2022 at Grace Lutheran Church in Grygla at 11:00am with a visitation an hour prior. There will also be a Visitation on Friday, December 9 from 5:00-7:00pm at Helgeson Funeral Home in Warroad with a Prayer Service at 7:00pm. Burial will take place in the spring. The Family requests that people wear flannel in honor of Richard.

In lieu of flowers the family would encourage a donation to either HELPP, Inc in Warroad or It Takes a Village in Grygla. Each of these non-profit organizations in their respective community help people/families who are undergoing hardships due to such things as illness, housefire, or other circumstance.

To send flowers to the family or plant a tree in memory of Richard Allen Saurdiff, please visit our floral store. 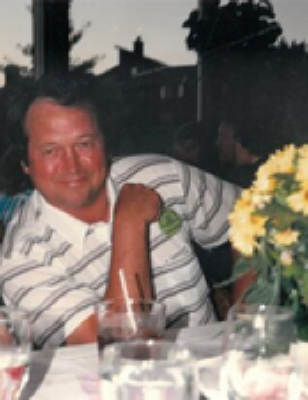