Share a memory
Obituary & Services
Tribute Wall
Read more about the life story of Nelda and share your memory.

Nelda will be remembered at a Memorial Service on Saturday, January 28th at 2:00 pm at Bethel Lutheran Church in Greenbush.  Burial will follow in Texas in the Spring.

Nelda was born April 3, 1933, to Adolph and Frieda (Hagen) Schaffner in Tahoka, Texas.  She grew up in various communities in Texas, graduating from Lockney High School.

Nelda married her high school sweetheart, George M. (Mac) Howard on April 30, 1951 in Lockney.  Nelda and Mac raised Terry, Dianna (Gwen) and John (Scott) in various communities in Texas, finally settling in Lockney where all three graduated from High School, just as their parents had.

Nelda worked a variety of jobs but spent most of her “Lockney years” working at Southwestern Bell.  Following her time working for Southwestern Bell, she began a rewarding career as a BeautiControl Consultant, earning a car to drive and all the perks that went along with this association.  This was a natural profession for Nelda who was always the epitome of class and good looks.  But mostly, she showed other women how to feel good about themselves and thrive with the gifts God had given them.

Nelda also lived in Lubbock for a few years in what had once been her mother’s home.  From there she moved further south, finally settling where other family had gone, in Colorado City.  For the last several years Nelda has lived “up North”.

Nelda was an incredible daughter, wife, sister, mother, aunt, grandmother, friend, always giving all of her attention and care to who was with her, who needed her in the moment.

Nelda was always busy and enjoyed creating, gardening, cleaning and mostly serving.  She had a servant’s heart and was always compassionately caring for others.  Nelda had a close relationship with her Lord and even after all these years, found so much comfort in the Bible and it’s readings.  She gave to her community in whichever way she could.  She was a kind and thoughtful friend and mentor to many.

Nelda was plagued with dementia her later years.  However, the dementia never took her sweet, kind, considerate ways.  She appreciated everyone and everything and even in her last days still said, “thank you”, “love you”.

Nelda was proceeded in death by her husband, Mac; Sons, Terry & Scott; her Parents and all of her siblings, Wilfred, Werner, Ila, Elmo, and Pete.

To send flowers to the family or plant a tree in memory of Nelda F. Howard, please visit our floral store. 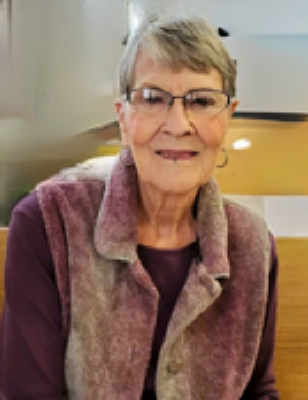