Share a memory
Obituary & Services
Tribute Wall
Read more about the life story of LuAnn and share your memory.

LuAnn Marie Hennum passed away December 21, 2022, at her home surrounded by family after a courageous 30 year battle with breast cancer at the age of 68 years old.

LuAnn was a very kind hearted, generous and talented person. She dedicated herself wholeheartedly to everything she did despite any obstacles put in her way. She was an incredible daughter, sister, wife, mother, aunt, grandmother, friend, and mentor who will be missed dearly.  She grew up on a family farm, worked at Hallock Elementary School, summer migrant school and as a homemaker until her and Jerry bought their first resort on Oak Island in 1985 which started her 37 year career as a resort owner.  After selling Angle Inn Lodge, she and Jerry went on to also own and operate Sportsman's Lodge and Sportsman's Eagle Ridge for many years along with various other businesses.  She also worked at Lake of the Woods School for a while as a teacher’s aid.  At the time of her death, she was one of the owners of Sportsman's Oak Island Lodge and Angle Inn Lodge.  LuAnn was an extraordinary cook and business partner to Jerry. She was often referred to by many employees as their second mom.

Her family meant the world to her and she was an amazing mother and grandmother. She loved traveling with her girlfriends, family and friends venturing to many places all over the world, crafting, cooking,  and spending winters at one of her and Jerry’s favorite places, Venice, FL.  She was a woman of strong faith and lived by the motto “Choose Joy”.  She enjoyed helping others, especially youth.

To send flowers to the family or plant a tree in memory of LuAnn Marie Hennum, please visit our floral store. 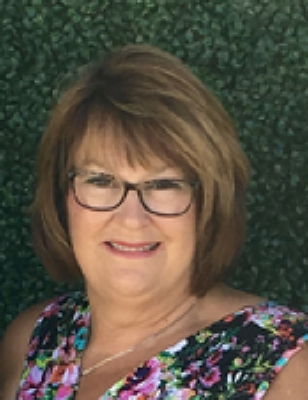