Share a memory
Obituary & Services
Tribute Wall
Read more about the life story of Dennis and share your memory.

Dennis James Koster of Williams, MN, died January 29, 2023, at the age of 78 at his retirement home located on the shores of Lake of the Woods. He was surrounded by family. His end-of-life care was guided by Hospice of the Red River Valley.

Dennis (Denny) was born in Columbus, Ohio, on June 9, 1944, to his parents Polly and Gerald Koster. Together with his parents he moved to Raymond, MN, in 1945, to Warroad in 1953 and to Baudette in 1959. In Baudette he met the love of his life, Barbara Johannesen.

He graduated from Baudette High School in 1962. Dennis and Barb were married and moved to Bemidji so Dennis could attend college. Their son Laine was born in Bemidji.

Dennis was offered a teaching position in Cloquet, MN, and they moved there in the fall of 1966 after his graduation from Bemidji State College.

Dennis loved to learn as well as teach. He graduated with a degree of Bachelor of Science. In 1974 he furthered his education by earning a degree of Master of Science in Teaching from UW-Superior. Dennis used his education to teach elementary education in the Cloquet, MN, School district for 34 continuous years. During these years he formed lifelong relationships with students and co-workers.

Throughout his life Dennis pursued a variety of interests. He loved hockey, especially the Cloquet Lumberjacks and the UMD Bulldogs. Starting in his youth he enjoyed playing, coaching and watching the sport and all that it entailed over the years. Some of his greatest joys were the many hours he spent volunteering for the Cloquet Hockey Association. He treasured the opportunity to have a hand in “Raising the Barn” and in organizing the construction of the Cloquet Area Recreational Center (CARC). Dennis made lifelong friends during this period and many of the relationships were sustained over the past 22 years.

Summer, fall and winter Dennis could be found fishing or hunting. He loved trips to the “Shack” in the Superior National Forest, Clearwater West, Beltrami Island State Forest and Lake of the Woods. He also loved to hunt pheasants in Faulkton, South Dakota. If he didn’t have a friend nearby you could bet one of his faithful dogs were close by. The late Major D. Goard always said he wanted to come back to this world as “one of Koster’s dogs.”

Dennis retired in 2000. He and Barb moved to Lake of the Woods to their existing cabin. They planned for a new home to be built on the property. They moved into the home in the fall of 2001. Barb accepted a position with the local hospital and worked in home health care and in public health.

After retirement, Dennis could be found doing home construction projects and operating a lawn mowing business. He also found great joy in feeding and observing the wildlife around the property. Deer and many variations of wild birds were found in his many feeders year-round. Even rogue bears and raccoons found a snack there.

Barb and Dennis travelled to Hawaii, Australia, New Zealand, Mexico, Canada and several vacation sites in the United States. Their most exciting adventure was riding mules down a 2,000-foot sea cliff to visit the village below. They visited the city of Winnipeg, Canada, several times with dear friends and family to attend the theater, concerts, horse races, the casino and the zoo.

His greatest happiness came from the relationships with family and friends. He was so proud of his son Laine and the man that he had become. Dennis was the best husband, father, son, brother, brother-in-law, uncle, cousin and friend that anyone could wish for.

Dennis was preceded in death by his parents, Gerald and Polly Koster, father-in-law and mother-in-law Edmund and Helen Johannesen, and brother-in-law David Dillon.

If so desired, memorials may be made directly to the Lake of the Woods Humane Society or the charity of the donor’s choice.

A graveside service and Celebration of Life will be held this summer with details to be shared later.

To send flowers to the family or plant a tree in memory of Dennis J. Koster, please visit our floral store. 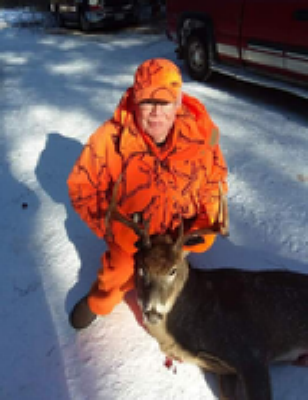 You can still show your support by sending flowers directly to the family, or by planting a memorial tree in the memory of Dennis J. Koster
SHARE OBITUARY
© 2023 Helgeson Funeral Home. All Rights Reserved. Funeral Home website by CFS & TA | Terms of Use | Privacy Policy | Accessibility