Plant a tree in memory of Ann
An environmentally-friendly option 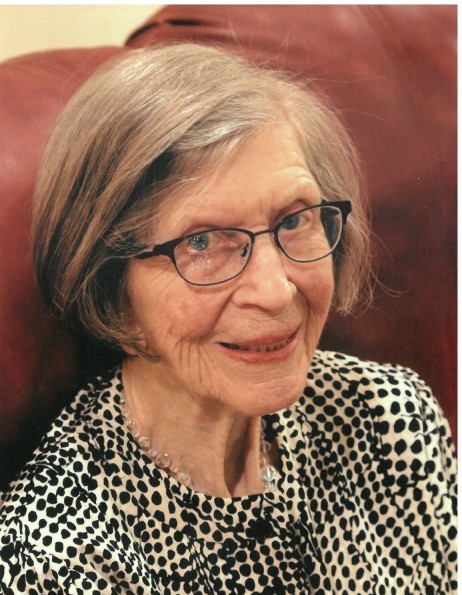 Funeral services for Ann Marie Skrutvold of Roseau, MN will be held at a later date.

Ann Marie Skrutvold was born January 13, 1922 to Almer and Cordelia (Lee) Skrutvold in Wannaska, MN. She was the fifth of ten children.

Ann attended school in Roseau, graduating in 1939. In 1941 Ann earned a two-year elementary curriculum degree at Bemidji State Teacher’s College. She taught fourth grade in Blackduck, MN for two years. Answering the call for aircraft workers during World War II, she and her sister Mertrice traveled to California and worked at Solar Aircraft in San Diego. Ann’s business career included working for American Airlines, first in the business office and later as a flight attendant. She loved the opportunity that travel gave her to see the U.S. and meet new people. She later worked in the oil and gas industry, first as a secretary and then as office manager. She ended her career in sales for drill sites in southern Texas.

Ann lived most of her adult life in Dallas, TX where she was very involved in her church and community. Ann was very proud of the more than six years that she and a good friend volunteered for Goodwill Industries. They developed a personal development program for women going through rehabilitation. They received national recognition from Goodwill for their work.

Ann returned to Roseau after her retirement and became involved in her church and community. She was a member of Messiah Lutheran Church, American Legion Auxiliary, Friends of the Library, and Roseau County Historical Society.

She had fond memories of her trip to Norway in 1999 with three of her siblings and one brother-in-law. They were able to tour the “Skrautvol” parish (town), church, and school where their father’s ancestors had lived.

She is survived by three siblings: Curtis (Gloria) Skrutvold of Roseau, MN, Joan Welte of Newport Beach, CA and Mae Twito of Albert Lea, MN; and many nieces and nephews. She was preceded in death by her parents Almer and Cordelia Skrutvold, and siblings Clarice Bussard, Mertrice D’Amore, Ruth Dreher, Clarence “Bud” Skrutvold, Carol Kvarnlov Fredrickson, and Helen Thompson.

Plant a tree in memory of Ann by clicking here.
To send flowers to Ann's family, please visit our floral store.

Services are to be announced

Plant a tree in memory of Ann
An environmentally-friendly option

Plant a tree in memory of Ann

1 tree planted in memory of Ann

Our sincere sympathy on the passing of Ann. A classy, beautiful lady with a love for others. We hold you all in our thoughts and prayers!

The first time I met Ann I was blessed- what a Beautiful Kind Woman inside and out! Always dressed to the nines! A joy to know and will be missed by many! Ann was one of God’s Finest!! Thanks for sharing her with me... Oceans of Love and Prayer to her family as you prepare for the Celebration of Ann’s Life..

Such a sweet, dear lady. Always enjoyed our visits. Our sincere sympathy to the Skrutvold family🙏

Ann was always cheerful and interested in what you were doing.  A very special lady.  Mary Hayes

I will always remember Ann as a kind and wonderful lady to me and my family. Her support to me and my husband and family while we were in Roseau will never be forgotten. As well I would like to mention her sister Helen and brother Curtis. The world could use more people like them. Rest In Peace Ann and Helen.

Plant a tree in memory of Ann