Share a memory
Obituary & Services
Tribute Wall
Read more about the life story of Kenneth and share your memory.

Kenneth Lee Kostrzewski, age 66, of Warroad, Minnesota, entered into eternal rest on November 5, 2022.  Kenneth was born on October 23, 1956, in Warren, MN.  He was the first child born to Adolph and Eleanor Kostrzewski.  He was raised in Inver Grove Heights, along with his six siblings (Carolyn, Tammie, Terri, Tracy, Shannie and Bradley).  He attended Simley High School.  In 1973, at age 17, Kenny proudly served in the United States Army.  After his return, Kenny lived in St. Paul Park, MN working as a carpenter, which he was amazingly talented at, and was a member of the Carpenter’s Union.

In 2001, Kenny decided enough with the big city and moved up north where he spent most of his time doing what he loved. He worked for Pine Ridge Liquor, Wig-Wam Resort and Wheeler’s Resort doing numerous positions including HVAC, construction, fishing guide, bar tender and pretty much anything that was needed to be done.

Kenny loved spending time with family and friends.  He enjoyed anything outdoors, including hunting, fishing on Lake of the Woods, and bullshitting with old and many new friends.  He had a relaxed way of life.  Ken had a natural talent to joke and BS.  He could tell an hour-long story and none but three words were true.  Because of those talents, he acquired many friendships from all around.  He definitely had an imagination and big dreams.  Anytime Kenny was around a good time was sure to be had by all.

Kenny was a very proud Uncle to many nieces and nephews and a Godfather to Sandra McAdoo and Kelsey Christopherson.

Kenny’s favorite parting words were never “good-bye,” but, Don’t Do Dumbs**t and I Love You!

Rest in Peace Kenny, till we meet again.

To send flowers to the family or plant a tree in memory of Kenneth L. Kostrzewski, please visit our floral store. 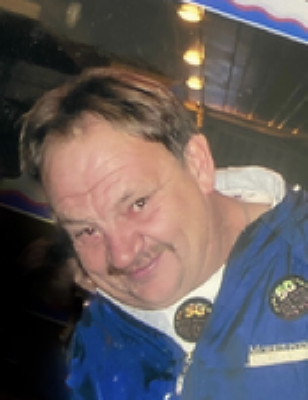 You can still show your support by sending flowers directly to the family, or by planting a memorial tree in the memory of Kenneth L. Kostrzewski
SHARE OBITUARY
© 2023 Helgeson Funeral Home. All Rights Reserved. Funeral Home website by CFS & TA | Terms of Use | Privacy Policy | Accessibility